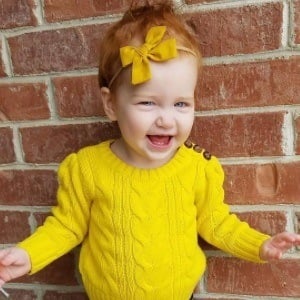 Daughter of social media sensations Shaun and Jenny McBride. She has her own YouTube channel called A for Adley - Learning & Fun, where she plays a number of fun games, often alongside family members. Her channel has earned over 2.4 million subscribers.

She has been seen on her father's YouTube channel Shonduras in videos such as "Baby Trapped Inside Airplane for 6 Hours!!" and "Baby Gets WAY Excited!!"

She has a younger brother named Niko and a younger sister named Navey. The family has multiple wiener dogs who are often featured on Shaun's social media accounts.

Her father has collaborated with Casey Neistat.