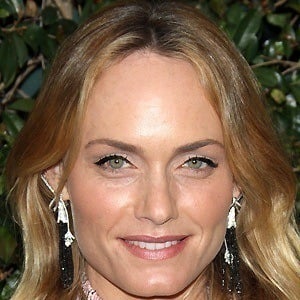 Actress and model who played Allegra Cole in the 2005 film Hitch and appeared in Dead Silence and Gamer.

She worked as an international model before becoming an actress and earned her first of many American Vogue covers at the age of 18.

She worked as Oceana's spokesperson and warned people about the dangers of mercury poisoning.

She had a son named Auden with Chip McCaw, whom she later married in 2003.

She appeared in the music video for "Yes We Can" produced by Will.I.Am.