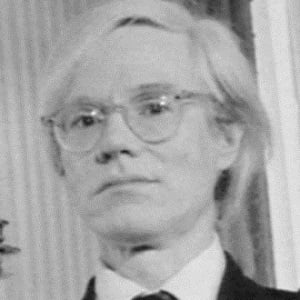 Led a visual art movement known as Pop Art; sold a painting titled Eight Elvises for $100 million. His art crossed several mediums from hand drawing to painting to printmaking to photography to silk screening, sculpture, film, and music. Pioneered computer-generated art with his use of Amiga computers.

He founded a studio in the 1960s called The Factory. He participated in the 1964 exhibit, The American Supermarket. He was shot by radical-feminist writer Valerie Solanas on June 3, 1968.

He coined the phrase "fifteen minutes of fame" and created Pop Art works that bordered on advertisement, such as Campbell's Soup Cans from 1962.

He was born the fourth child of Ondrej and Julia Warchola and had two older brothers named Paul and John. He developed Sydenham's chorea, causing his extremities to move involuntarily, and spent much of his childhood in bed listening to music.

His pop painting of Marilyn Monroe was based of the expressionist style of Willem de Kooning and became a Pop Art icon.