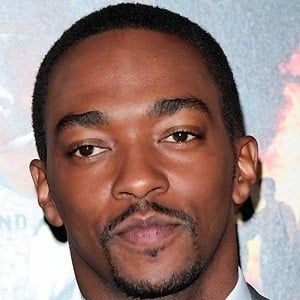 Actor who became known for his roles in the Academy Award-winning films The Hurt Locker and Million Dollar Baby. He also plays the character Sam Wilson/Falcon in the Marvel universe, appearing in such films as Captain America: The Winter Soldier and Avengers: Age of Ultron.

He graduated from the prestigious Juilliard School in 2001.

He portrayed Martin Luther King Jr. in the 2016 HBO film All the Way and Tupac Shakur in the 2009 biopic film Notorious.

He married Sheletta Chapital in 2014 and together they have four children; the couple filed for divorce in 2017. He has a brother named Calvin.

He made his feature film debut opposite Eminem in the 2002 film 8 Mile.