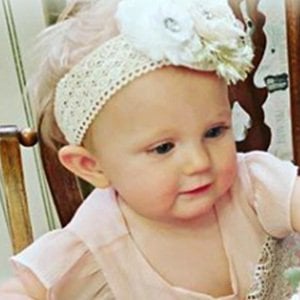 Famous as one of the six children featured on the popular Shot of The Yeagers YouTube channel. Her birth was documented through a series of vlogs in September and October 2017 as the then-youngest Yeager.

Her family created their YouTube channel in August 2015, two years prior to her birth.

Her family has amassed more than 4.9 million subscribers and 2.8 billion cumulative views to her YouTube channel.

Her parents are Steve and Jamie Yeager. Her siblings' names are Stephen, Taylor, Jordyn, Payton, and Parker Yeager.

She and Hayley Noelle LeBlanc are both famous as younger siblings featured on their families' successful YouTube channels.