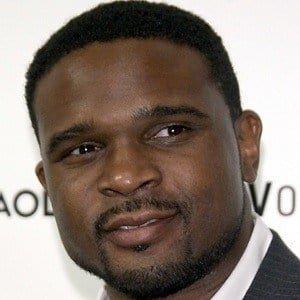 Actor best known for his role as Eddie Winslow on the TV sitcom Family Matters, which ran from 1989 until 1998.

He played the role of Scam in the 1987 comic film Big Shots. He also was cast in the film Mississippi Burning.

His first musical album, The Dissertation of Darius McCrary, was released in 2011.

His father, Howard, was a musician, and his brother, Donovan, became an actor. He was married to Juliette Merrill Vann from 2005 until 2006; he later married Karrine Stefans in 2009 and they divorced in 2011. In 2014, he married Tammy Brawner. He has a daughter named Zoey.

He and Shia LaBeouf both were part of the cast of Transformers.