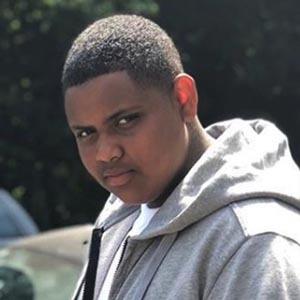 Social media sensation who rose to fame via his schoolyard singing on Instagram. He rose to stardom when his impromptu cover of Geko's song "Over and Under" went viral on Instagram in March 2016. He is a member of the music duo AJ x Deno. They released the song "Ride or Die" in 2017.

He posted his first video of him singing to his Instagram page on April 18, 2015. He was covering the song "Thinking Out Loud," originally recorded by Ed Sheeran.

He has earned more than 650,000 followers to his Instagram account since his first video went viral. He was profiled on BuzzFeed in March 2016. His cover of the DJ Snake song "Let Me Love You" featuring Justin Bieber went viral.

He has stated that his mother is overtly supportive of his aspirations to pursue singing.

He was noticed by rapper Stormzy, who, in March 2016, invited him to be featured on his new album. He was also recognized by Ed Sheeran.