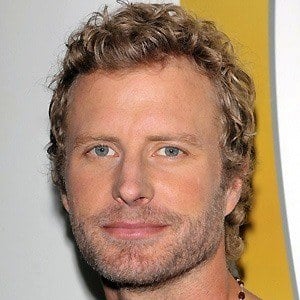 Country singer known for his many hit singles, including "What Was I Thinkin'" and "Feel the Fire." His music video for "Drunk on a Plane" won the 2014 CMA Music Video of the Year Award in 2014.

He was in the fraternity Sigma Alpha Epsilon while attending the University of Vermont.

He was the winner of the CMA Horizon Award in 2005.

He married Cassidy Black in 2005 and they had three kids named Jordan Catherine, Evelyn Day and Knox Bentley.

He has gone on tour with Kenny Chesney.