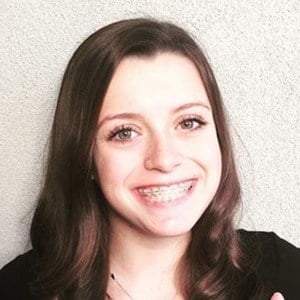 Talented dancer who has appeared on the Disney Channel series Make Your Mark and Shake It Up as a member of the duo DJ's Mix. She also performed with a group called Fresh Faces on NBC's reality competition series America's Got Talent.

She trained at Club Dance in Mesa, Arizona and at Dance Connection 2 in Chandler, Arizona.

She has numerous accolades to her name, including a national title in Junior Miss Dance at KAR in 2012 and several 1st place finishes at various other events.

She is from Chandler, Arizona.

She has been friends with fellow dancer Jaycee Wilkins since the age of 2 or 3.