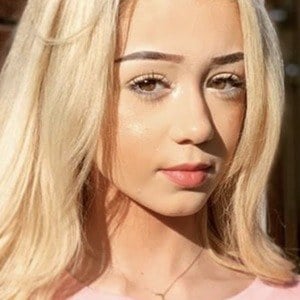 YouTube content creator and personality who rose to fame by publishing song cover and hair dye tutorials on her self-titled channel. She has gone on to amass more than 370,000 subscribers on the platform.

She was featured in a commercial advertisement for Fruity Pebbles cereal as a young girl.

She worked as a Zulily fashion model and was professionally represented by the Colleen Bell Agency.

Her mother and grandma have run her social media accounts. She has a younger sister named Monroe.

She published a cover of Celine Dion's "My Heart Will Go On."