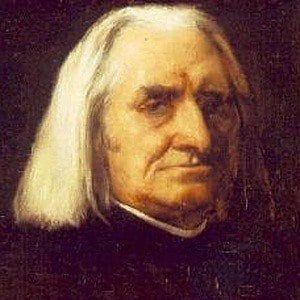 Considered one of history's greatest pianists and musical educators, he composed the 19 Hungarian Rhapsodies from 1846 to 1885.

He learned from Carl Czerny, who had been taught by Ludwig van Beethoven and Johann Nepomuk Hummel.

He was the inventor of the symphonic poem and one of the best-known members of the New German School, or Neudeutsche Schule. He also transcribed numerous pieces by other composers for the piano, leading to their enhanced popularity.

He was in a long-term relationship with Countess Marie d'Agoult, with whom he lived from 1835 until 1839. They had three children together, daughters Blandine and Cosima and son Daniel.

He was known for his generosity and support of other composers, namely Edvard Grieg, Camille Saint-Sa√´ns, Alexander Borodin, Hector Berlioz, and Richard Wagner.