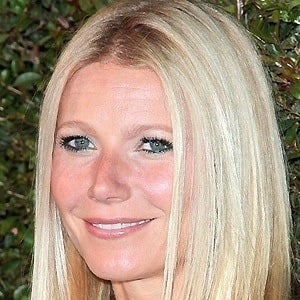 Actress who gained fame for her roles in Emma and A Perfect Murder. She won an Academy Award for Best Actress for her role in the 1998 film Shakespeare in Love. She also plays Pepper Potts in Marvel's Iron Man and Avengers films.

She traveled to Spain at age 15 to learn Spanish, and studied Anthropology at UCSB before dropping out to pursue acting.

She played Brad Pitt's girlfriend in the 1995 film Seven and wore a fat suit for her role in Shallow Hal.

She married Chris Martin of Coldplay in December 2003, and the couple welcomed their daughter Apple in May 2004 and a son named Moses two years later. They announced their separation in March 2014. She married TV writer Brad Falchuk in 2018. Her mother is actress Blythe Danner and her father is TV producer Bruce Paltrow.

Steven Spielberg cast her as Wendy in the 1991 film Hook.