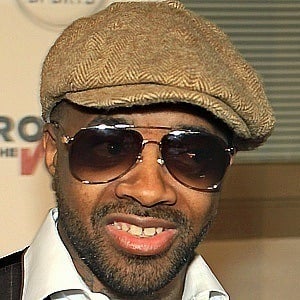 Popular music producer, songwriter, and rapper also known as JD, he became best known for his collaborations. He helped produce Mariah Carey's multi-platinum album The Emancipation of Mimi, including co-writing the song "We Belong Together."

He was a dancer for hip-hop group Whodini at the age of 12. He started his own store, called Rap Corna Guuds, prior to becoming a rapper.

He worked with Chris Kelly and Chris Smith to form the duo Kris Kross and helped their first album, 1992's Totally Krossed Out, achieve multi-platinum sales.

He dated singer Janet Jackson from August 2001 to March 2009. He has a daughter named Shaniah.

He created the show The Rap Game with Queen Latifah. Singers like Ludacris and Usher appeared as guests on the show.