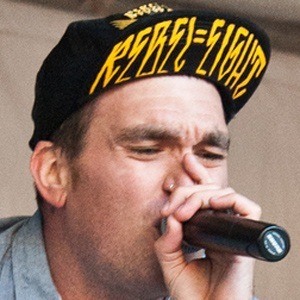 Pop and punk songwriter, singer, and guitarist. He is best known for forming New Found Glory, a Florida-based rock band.

He released Nothing Gold Can Stay, his debut album with New Found Glory, in 1999.

He performed under the name of "Chugga Chugga" for a punk music project called International Superheroes of Hardcore.

He was born in New Jersey and raised in Florida. Following a brief marriage to Stacey Greimsmann, he wed Mandy Gerling and together they had two sons.

He collaborated with singer Hayley Williams (of Paramore fame) on a cover of "The Bed Intruder Song."