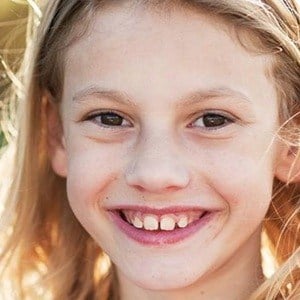 One of six kids featured on the YouTube channel 8 Passengers alongside her parents Kevin and Ruby Franke, who run the channel.

Her parents created the family YouTube channel in January of 2015. She was introduced in the second ever video on the channel, called "Meet the Passengers! -Julie."

Her family's YouTube channel has amassed over 2.3 million subscribers.

She gained an uncle in Jared Mecham when he married Ellie Mecham.