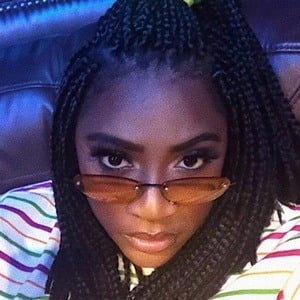 1990's rap and R&B inspired artist notable for her 2016 debut mixtape A Good Night in the Ghetto.

She introduced herself in 2015 with an acclaimed single titled "How Does It Feel."

She became the first lady to join The Big Money Gang (BMG).

Her real name is Kamaiyah Johnson and she was born in Oakland, California.

She and Drake are both featured on the YG song "Why You Always Hatin?" from YG's album Still Brazy.