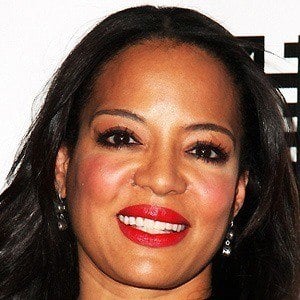 Played police detective Lt. Maria LaGuerta on Showtime's Dexter. She also appeared in the series New York Undercover and Oz and provided her voice for the 2018 film Spider-Man: Into the Spider-Verse.

She briefly played a groundhog in a school play.

She was Dr. Gloria Nathan in Oz before she got the part in Dexter.

She has a twin sister named Lorraine. She married Mark Gordon in 1993.

Michael C. Hall co-starred with her as the serial killer with a moral streak in Dexter.