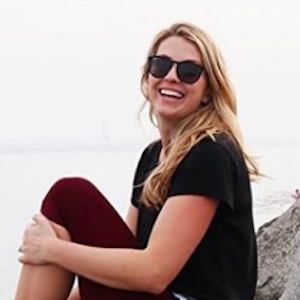 Food blogger who runs the site The Toasted Pine Nut, where she posts a wide variety healthy, low-carb and gluten-free recipes. Additionally, she shares her latest culinary creations with more than 200,000 Instagram followers.

She grew up in South Jersey and moved to Philadelphia after college where she lived before moving to Newport Beach, California.

She began sharing recipes on her YouTube channel, The Toasted Pine Nut, in March 2016.

She's originally from Willingboro, New Jersey. She married a man named Jaryd, whom she met during her freshman year in college.

She and Davida Kugelmass both run food blogs which focus on creating gluten-free meals.