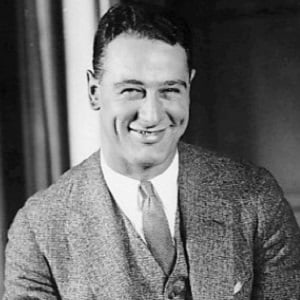 Baseball Hall of Famer, seven-time All-Star, six-time World Series Champion, and two-time AL MVP who became known as the "Iron Horse" after playing in 2,130 consecutive games. He died of amyotrophic lateral sclerosis (ALS), which came to be known as Lou Gehrig's Disease.

While at Columbia University, he had to wait to play baseball due to eligibility issues, so he instead tried his hand in football.

He set an MLB record with 23 grand slams. The record stood for nearly 75 years before Alex Rodriguez hit his 24th on September 20, 2013.

He married Eleanor Twitchell, the daughter of the Chicago Parks commissioner, in September of 1933. The couple remained married until his death.

He and Don Mattingly are two of the Yankees' most celebrated first basemen.