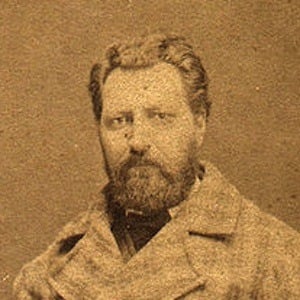 Canadian political legend who founded the province of Manitoba, and was a political and spiritual leader of the M√©tis people of the Canadian prairies. He also served Provencher in Parliament from 1873 to 1874.

He originally studied to become a priest until his father's death in 1864.

He is known as the 'Father of Manitoba' because he helped the region become part of the Canadian Confederation.

He had two children, Jean-Louis and Marie-Angelique, with wife Marguerite.

He is the "Father of Manitoba," which is where hockey player Chuck Rayner began his career.