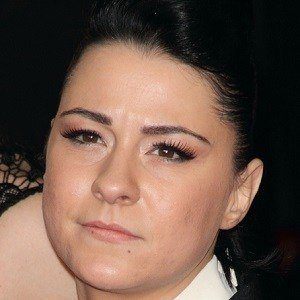 Acoustic performer who finished ninth in the 2012 season of The X Factor, prematurely leaving the show. Her first album was called Join the Club.

She made her reality debut with a third place finish on the competition Live and Unsigned.

She released a #22 UK album with her 2011 independent release Top Room at the Zoo.

She was born in Sheffield, United Kingdom and raised with a brother and a sister. In 2016, she married Georgina Gordon.