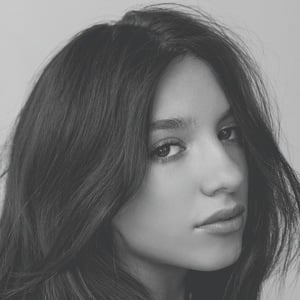 Dancer who gained wide recognition during her time on Lifetime's Dance Moms. She was the youngest dancer in the group and specialized in jazz dance and acrobatics. In 2018, she began starring as Cassie on the Brat web series Total Eclipse. She'd later compete on the inaugural season of Dancing with the Stars: Juniors.

She made her Dance Moms debut shortly after turning seven and earned a national title for her solo during the season 2 finale of Dance Moms.

She released the album Mack Z in 2014, earning the top spot on the iTunes pop chart as well as the #7 spot on the overall album charts. She announced in 2019 that she would be joining the band PRETTYMUCH on their FOMO summer tour. She has over 15 million Instagram followers.

She has three siblings named Madison, Ryan, and Tyler. Her mother is Melissa Gisoni and her father is Kurt Ziegler. She began a relationship with actor Isaak Presley in 2019, but the two split in 2020. Later in 2020, she began dating Tacoda Dubbs.

She made her acting debut in 2015 on the Nickelodeon series Nicky, Ricky, Dicky & Dawn, which stars Brian Stepanek and Allison Munn. In 2019, she competed in a Guess Their Age challenge with Emily Skinner and the video has received several million views.