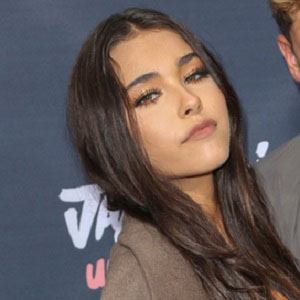 Singer who rose to fame when Justin Bieber posted a link to one of her singing videos on his Twitter feed. She signed with Island Records and in 2017, she released the hit song "Dead." She released her first EP titled As She Pleases in early 2018.

She sang the theme song for the fashion doll franchise, Monster High, titled "We Are Monster High."

She was raised in Jericho, New York with a younger brother named Ryder. She was in a relationship with Jack Gilinsky from 2015 to 2017. Subsequently, she began dating Zack Bia up until early 2019. She has dated TikTok star Nick Austin. Her father's name is Robert Beer.

She collaborated with Cody Simpson on the song "Valentine," which aired on Radio Disney.