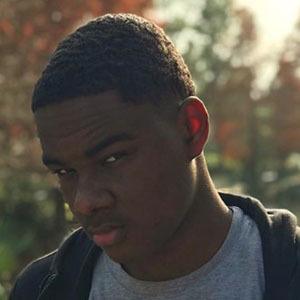 Illustrator and artist who is known for his iconic artworks often combining superheroes, celebrities, and other elements of pop culture. He shares his detailed and hyper-realistic portraits and paintings through Instagram for his over 140,000 followers.

He attended Thornton Township High School in Chicago and started earning recognition for his artwork when he was fifteen. He first started sharing his artworks through Instagram in November of 2013.

He appeared on an episode of the Steve Harvey show where he discussed his iconic "Comedy Shop" piece.

He was born and raised in Chicago.

His artworks have been purchased by several celebrities including Young Thug, Will Smith, and Snoop Dogg.