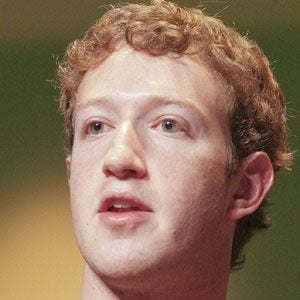 Programmer and businessman who co-founded Facebook, a social networking website, at age 20 and took it public in 2012.

He was a member of his high school fencing team and attended Harvard University.

He became the world's youngest billionaire after founding a social media site in 2004. In 2015 he was worth over $30 billion.

He has a sister named Randi. He married his longtime girlfriend Priscilla Chan in 2012. They have two daughters named Max and August.

He was portrayed by Jesse Eisenberg in The Social Network, a film about the conception of Facebook.