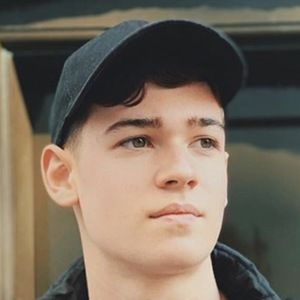 YouTube star and singer alongside his identical twin brother Harvey Mills. They have released singles such as "One More Day In Love" and "Stuck on the Ceiling." They are also well known for their maxandharveyofficial TikTok account, which has earned over 6 million fans.

He and Harvey have acted in commercials, television shows, and in West End Theater productions such as the Sound of Music UK Tour.

He and Harvey began harmonizing together at the age of five. He started playing the guitar when he was eight years old.

He is the younger of the twins by just two minutes. Their parents are Sara and Paul Mills and they have younger siblings named Leo and Tilly.

He and Harvey have covered a wide range of musical artists, including Vance Joy and Bastille.