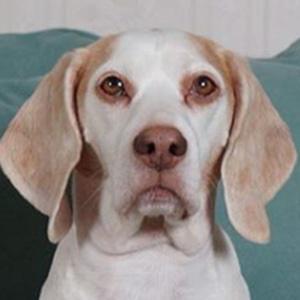 Lemon beagle and social media star who posts new photos of him in different costumes every Wednesday. He has 190,000 followers on Instagram.

His first Instagram post was uploaded on June 6, 2013, and was a photo of him posing on a boat.

He launched a YouTube channel on November 26, 2011, with a video titled "Dog Scared in Deer head Prank : Cute Dog Maymo". He has 9 million subscribers.

He has a sister, Penny.

Sid the Dog is also a beagle with a large Instagram following.