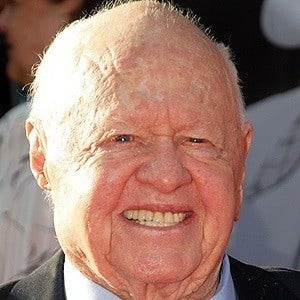 Veteran entertainer whose career spanned over 80 years. He initially became known for his work with Judy Garland in A Family Affair. He received two Golden Globe awards and an Honorary Academy Award.

He made his first stage appearance when he was fourteen months old, crawling onstage with overalls and a little harmonica during his parents' acting routine. He appeared in the 1927 silent film Orchids and Ermine when he was seven.

He played the lead role in The Adventures of the Black Stallion, and later appeared in Garden State Life Insurance commercials.

He was a classmate of Lana Turner's in Hollywood Professional School while working as a newspaper boy.