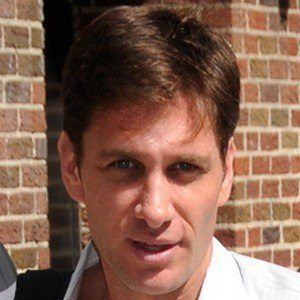 One part of the Mike and Mike in the Morning duo on ESPN radio. He has also been a sportscaster on Sportscenter.

He graduated with a journalism degree from the prestigious Northwestern University.

A highlight of his career occurred when he was invited to co-host Live! with Kelly in 2012 on ABC.

He had a son and daughter with his wife Stacy Greenberg.

He became a very popular voice that many people listened to on ESPN radio. Another popular person on ESPN radio was the great Stephen A. Smith.