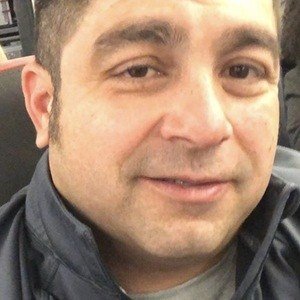 American TikTok star who is best known for being the father of TikTok sensation Addison Rae. He often stars in his TikTok videos alongside his family members. He has amassed over 5 million followers to his TikTok account.

He first posted to his TikTok page in Winter 2019.

He signed with the talent agency WME in January 2020. He is a self-proclaimed fitness fanatic, often posting to his Instagram photos of him working out in the gym. He has a black French bulldog. He is the patriarch of The Rae Family on TikTok.

His wife is Sheri Easterling. In addition to Addison, he also has two sons named Lucas and Enzo.

In January 2019, he posted a TikTok video with Charli D'Amelio's father, Marc D'Amelio, in New York.