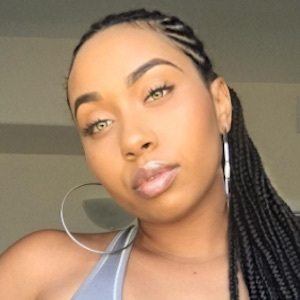 Model and actress who rose to fame for her comedic skits on social media platforms such as Instagram and Facebook. She's also worked as a radio personality for Dash Radio and appeared on The Family Project channel.

She went viral for her skit about being single on Instagram with comedian Toni Skits.

She was a candidate for the Miss Jetset Magazine Cover Model Contest.

JaSena Odell is her sister and Hymn is her brother. She started dating Young Ezee in mid-2020.