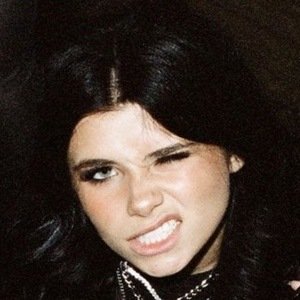 Dancing sensation and lip sync artist on TikTok who has accrued more than 16 million fans on her nessaabarrett account. She primarily lip syncs to rap and pop songs, but occasionally includes comedy dialogue lip syncs. Also a singer, she released her debut single "Pain" in July 2020.

She began posting content to TikTok around the beginning of 2019.

She earned over 10 million views for an April 27, 2020 TikTok post in which she used the app's mirroring effect.

She is of Puerto Rican descent. Her younger brother Julian has appeared in several of her TikTok videos. She was in a relationship with Josh Richards from October 2019 to June 2020. Her father is Drew Barrett. She and Jaden Hossler have been dating.

She collaborated on a TikTok with Jackson Felt.