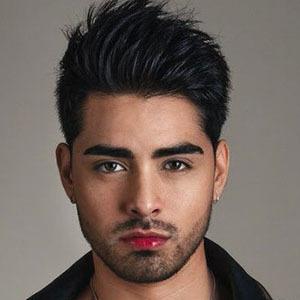 Chilean singer and songwriter who rose to fame in 2015 following the release of his debut album Demonios. Some of his most popular singles include "Droga Favorita" and "Peligroso."

He began to build an audience in July of 2012 when he released his first few songs to YouTube and SoundCloud.

He has become incredibly popular on Instagram with more than 90,000 followers on the photo sharing app.

He was born and raised in Santiago, Chile.

Both he and Cristian Azocar are popular singers from Chile.