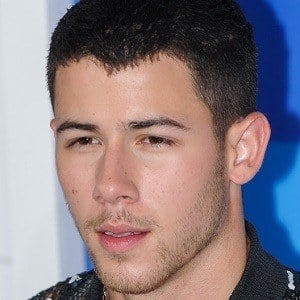 Pop performer who started the commercially successful band The Jonas Brothers and later founded Nick Jonas & The Administration. He plays the character Boone on the FOX horror/comedy series Scream Queens.

He was discovered by a manager when he was six, and began performing on Broadway before he was eight.

He starred in the Disney series Jonas Brothers: Living the Dream, and appeared in the films Camp Rock and Camp Rock 2: The Final Jam. He played the pilot Seaplane in the 2017 film Jumanji: Welcome to the Jungle and reprised his role in Jumanji: The Next Level (2019).

Born to Denise Jonas and Paul Kevin Jonas Sr., he was raised alongside three brothers, Joe, Kevin and Frankie. He dated Miley Cyrus from June 2006 until December 2007, Delta Goodrem from May 2011 through February 2012 and Olivia Culpo from 2013 to 2015. In May 2018, he began dating Priyanka Chopra and the couple got married in December 2018.

He and his brother Joe Jonas sang "Joy to the World (A Christmas Prayer)," which became a hit on on Record & Radio's Christian Adult Contemporary Chart.