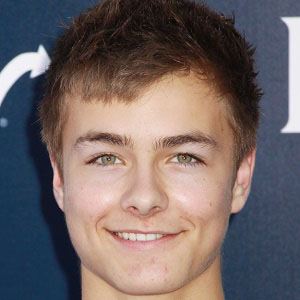 Landed a role as a series regular on the Disney Channel original show Girl Meets World, a spin-off of the popular series Boy Meets World. He also had a role on the series Dog with a Blog.

He played short stop on his travel baseball team, then decided he wanted to become an actor when he was 10 years old. His mother Liz assisted him by driving between Las Vegas and Los Angeles for auditions.

His earliest roles were for a Movie Trailer Commercial for Disney and a short film called Shortage. He also landed a role in a short film directed by James Franco and played an abused poet in a short film for one of Franco's graduate students.

He has two older brothers named Dillon and Cole. Dillon was born 7 years earlier and a day before Peyton, on November 23, 1991. They take turns celebrating Thanksgiving birthdays when their birthdays land on the holiday. He dated actress Angeline Appel. He's been dating someone named Taela.