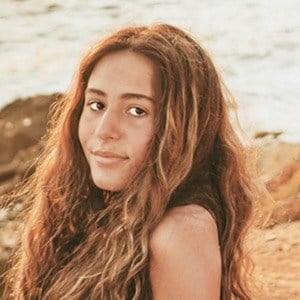 Influencer on Instagram who rose to fame thanks to the popularity of her sister, Instagrammer and TikTok creator Gabriela Gonzalez. She has accrued more than 110,000 followers for her rachie.gonzalez account.

Her first Instagram picture was of her in Central Park on Christmas Eve of 2016.

She went on a Hawaiian vacation with Anna Seavey, Jack Avery, Alexander J. Gonzalez and her sister in May of 2019.

She became an aunt to Gabriela and Jack Avery's daughter Lavender May Avery. She has brothers named Sam and Alex Gonzalez.

She has also posted pictures on Instagram with Lainey Cook.