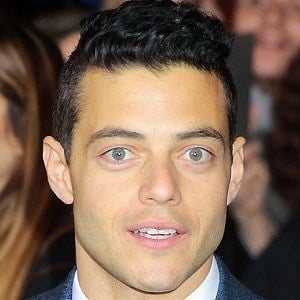 Award-winning actor best known for his roles as Elliot Alderson in the USA series Mr. Robot and Freddie Mercury in the 2018 film Bohemian Rhapsody. He also played Benjamin in the final Twilight film, Twilight Saga: Breaking Dawn - Part 2. Other notable film credits include Short Term 12, Need for Speed, The Master and the Night at the Museum films.

He had minor roles in TV shows such as Gilmore Girls and Medium.

He has a twin brother named Sami and is of Egyptian descent. He has been dating his Bohemian Rhapsody co-star Lucy Boynton since 2018.

He played a role in the TV miniseries The Pacific, which Steven Spielberg executive produced.