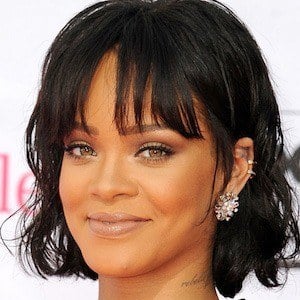 Pop and R&B singer who released her debut album, Music of the Sun, in 2005, then had her big breakthrough with the 2007 album Good Girl Gone Bad, which featured the #1 hit "Umbrella." Her 2012 album Unapologetic reached #1 on the Billboard 200. Across her career, she has sold over 230 million records and singles worldwide.

She would sell clothes in a street stall with her dad, who was addicted to crack cocaine. She started singing when she was seven years old and listened to reggae as a child.

She was raised by her Barbadian and Guyanese parents, Ronald and Monica, alongside her two younger brothers, Rorrey and Rajad. In 2020, she began dating A$AP Rocky. She dated businessman Hassan Jameel from 2017 to early 2020. She also previously dated rapper Drake and baseball player Matt Kemp.

She dated Chris Brown off and on, however the relationship ended after he assaulted her during a widely publicized domestic dispute.