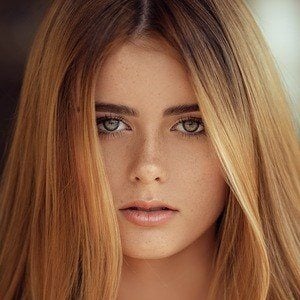 Model who rose to fame as an ambassador for America's Next Kids Top Model (ANKTM) at the age of ten. She has appeared on the cover of Wild Child Magazine and Child Model Magazine.

She first began modeling at the age of nine in 2014.

She has also acted and danced, appearing in the live movie Elvis Lives. She has walked the runway at LA Fashion Week for Lil Jewels Boutique.

She's originally from Los Angeles, California, but is also of Irish and Indian descent. She has three older brothers named Dougie, Josh, and Chris. She has a boyfriend named Julien.

She appeared in a Madonna parody featuring Nicki Minaj.