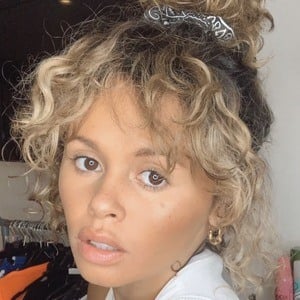 Reality star who rose to fame after getting cast on the 2018 season of Love Island UK. She'd previously worked as a singer and a dancer before auditioning for the romantic competition show.

She was a infant model and appeared on a diaper package as her first job.

She is the daughter of August Darnell, an American musician who performs as Kid Creole and is best known for co-founding Dr. Buzzard's Original Savannah Band before later forming Kid Creole and the Coconuts.