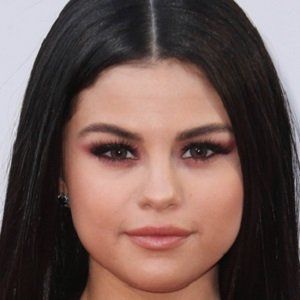 Rose to fame for her starring role as Alex Russo on Disney's Wizards of Waverly Place. In 2008, she formed the band Selena Gomez & the Scene. She released three hit albums with the band, then embarked upon her solo career. Her first two solo albums, Stars Dance (2013) and Revival (2015), hit #1 on the U.S. Billboard chart.

She grew up observing her mother rehearsing for theater productions. Before Wizards of Waverly Place, she played minor roles in Spy Kids 3, Walker, Texas Ranger : Trial by Fire, and Barney & Friends.

She voices the character Mavis in the Hotel Transylvania films and she plays lead roles in the movies Another Cinderella Story, Princess Protection Program and Ramona and Beezus. In October 2015, she announced that she had lupus, and two years later, Francia Raisa donated a kidney to her.

She was named after famed singer Selena Quintanilla. Her parents are Mandy Teefey and Ricardo Joel Gomez. She has two half-sisters named Gracie and Tori. She had an on-off relationship with pop star Justin Bieber. She also previously dated R&B singer The Weeknd, actor Taylor Lautner and DJ Anton Zaslavski, AKA Zedd.

She appeared alongside Miley Cyrus in three episodes of the series Hannah Montana from 2007 to 2009.