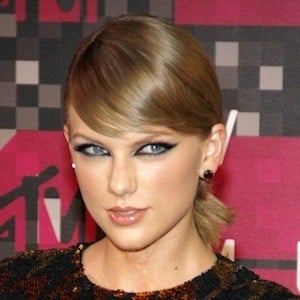 Singer and songwriter who at the age of 18 became the youngest solo artist to write and record a #1 hit on the U.S. Hot Country Songs chart with the single "Our Song." She released her fourth country album, Red, in 2012 and her first pop album, 1989, came out in 2014. In 2017, her sixth album, Reputation, sold over a million copies in four days.

She was raised in a Presbyterian family and rode her family's Quarter horses and a Shetland pony as a child. She began performing in musical theater shows at the age of nine and moved to Nashville when she was fourteen years old.

She has won a number of Grammy Awards, including the 2010 Album of the Year Award for the popular album Fearless.

She was born to Scott and Andrea Swift and raised alongside her brother Austin Swift. She has dated a number of celebrities, including Joe Jonas in 2008, Taylor Lautner and John Mayer in 2009, Jake Gyllenhaal in 2010, Conor Kennedy and Harry Styles in 2012 and Calvin Harris from 2015 to 2016. She then dated actor Tom Hiddleston for three months in 2016. She began a relationship with Joe Alwyn in 2016.

She played a leading role in the film Valentine's Day, alongside actress Jessica Alba.