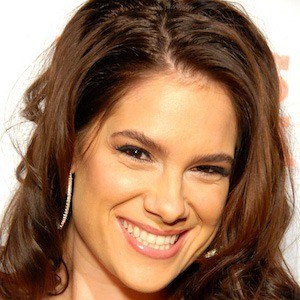 American actress who has appeared in the soap opera DeVanity in the role of Scarlett Kane and on American Dreams as a Bandstand Dancer. She has also worked as a professional poker player, coming in 17th place at the 2008 World Series of Poker.

She studied theatre at the College of the Canyons and film/television at UCLA.

She was a contestant on the 15th season of The Amazing Race. The show won an Emmy Award that year in the Outstanding Reality Competition Program category.

She has a twin brother and was home-schooled for her entire K through 12 education.

Her teammate on The Amazing Race was fellow female poker player Maria Ho.