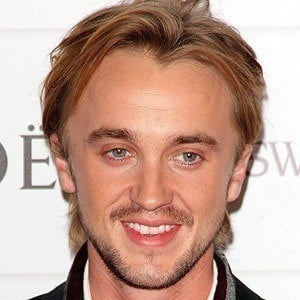 Actor who won MTV Movie Awards for Best Villain in 2010 and 2011 for his portrayal of Draco Malfoy in the Harry Potter films. In 2018, he'd star on the YouTube Red series Origin. In his film career, he has played roles in Full Circle, Murder in the First, and Second Sight.

He was a talented choir singer as a child, and was offered an opportunity to join the Guildford Cathedral Choir. He made his debut as Peagreen Clock in the 1997 film The Borrowers.

In 2011, he played a role in Rise of the Planet of the Apes. He starred as Julian Albert on the third season of The Flash in 2016.

His parents, Sharon and Peter, raised him alongside his three older brothers. He dated actress Phoebe Tonkin from 2006 to 2008. He has also dated Jade Olivia aka Jade Gordon.

He starred alongside Daniel Radcliffe, Rupert Grint and Emma Watson in the Harry Potter films.