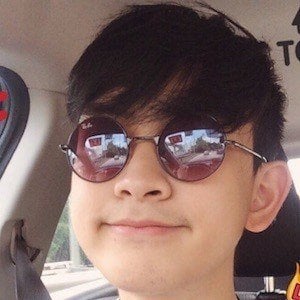 Singer recognized as a member of the Malaysian boy band Insomniacks. They've gained a following on YouTube posting song covers and originals to their Insomniacks MY channel.

The bassist and vocalist for Insomniacks, the group formed in 2015 and began posting to YouTube in November of that same year.

Outside their music, the Insomniacks have posted vlogs, challenges, and occasional videos of their live performances.

He has three sisters and has posted numerous photos with them on Instagram. He has been dating Wan Aida Deliana since 2016.

In January 2016, Insomniacks did a cover of Justin Bieber's "Baby" on their YouTube channel.