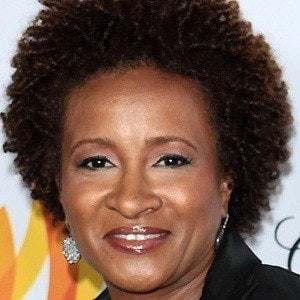 Emmy Award winning comedian who had a late night talk show on Fox called The Wanda Sykes Show from 2009 to 2010. She is best known for being a cast member on The New Adventures of Old Christine and for her numerous appearances on HBO's Curb Your Enthusiasm. She voiced Granny in the film franchise Ice Age.

Her first job was as a contracting specialist at the National Security Agency. She first performed in front of a live audience in a talent show in 1987 but didn't quit the NSA until 1992.

She was married to record producer Dave Hall for 8 years, and after her divorce she came out as a lesbian. She married wife Alex Sykes in 2008, with whom she has a son named Lucas and a daughter named Olivia.

She starred alongside Julie Louis-Dreyfus on The New Adventures of Old Christine.